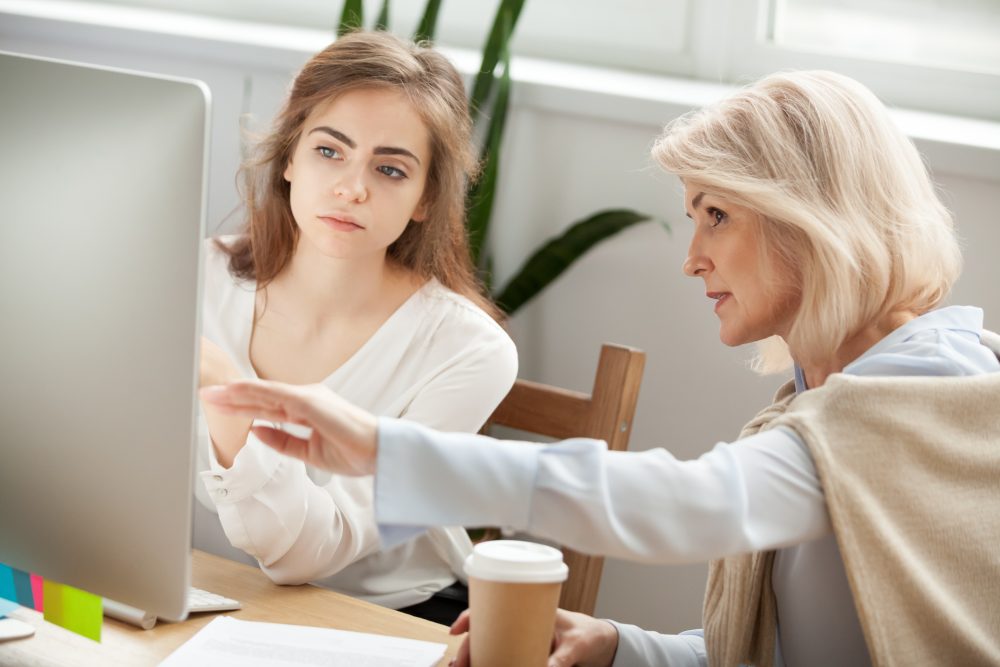 There are many occasions in which we need to refer to something that belongs to a person. For example, in the simple question, “What’s your name?” The word ‘your’ lets us indicate whose name we are talking about. There are two ways to describe possession in English – using adjectives and using pronouns. Here are some details to help you understand how to use each and what the difference is.

The possessive adjectives in English are as follows: 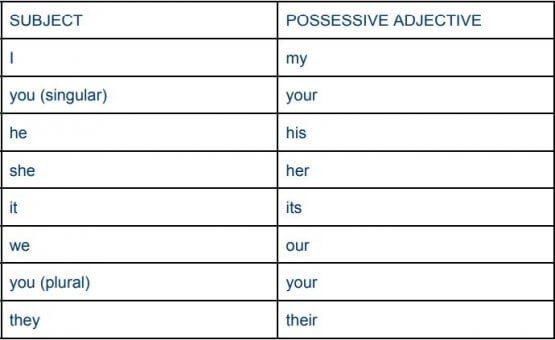 My car is in front of the school.

This is Jack and this is his wife, Sue.

Put your coats on the back of your seats.

What a beautiful bird! Its feathers are bright blue!

My sister is always tired. Her job is difficult.

Here are all the possessive pronouns: 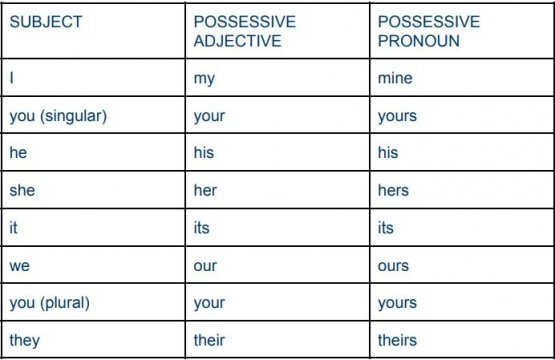 As you can see, the pronouns ‘his’ and ‘its’ are the same as the adjectives, while the others change by adding an -s, with the exception of ‘mine’. Here are some examples:

That’s Anna’s homework and this is yours.

I love your sofa. Mine isn’t as comfortable is yours.

Is this Carol’s bicycle? – No, that red one over there is hers.

Whose game is this? – Sam was playing earlier so it must be his.

We also use possessive pronouns after a noun + ‘of’. For example:

I’m a friend of his.

You’re a student of mine.

She’s a colleague of ours.

Here is a chart with both the possessive adjectives and pronouns for you to use as a reference:

So, now you’ve seen the difference between possessive adjectives and pronouns, it’s time to practice! Try making some of your own examples, especially for the third person singular (‘his’ and ‘her/hers’), by writing some basic information about you, family members and friends. Using these possessive words correctly will really make a big difference to your English fluency! 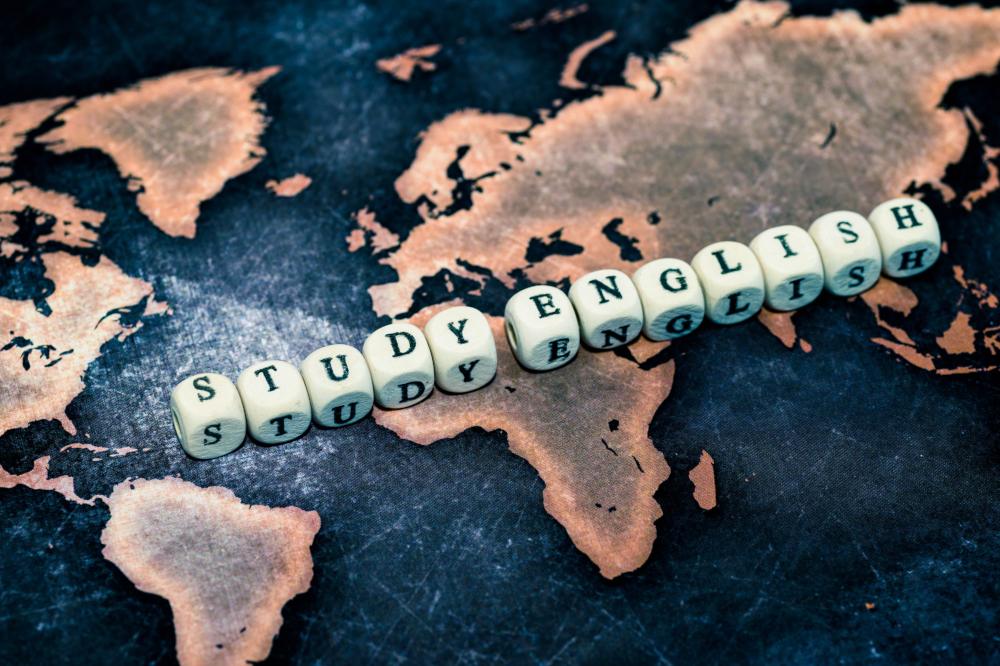 Why Study English as a Second Language?

When you choose to invest your time and energy... 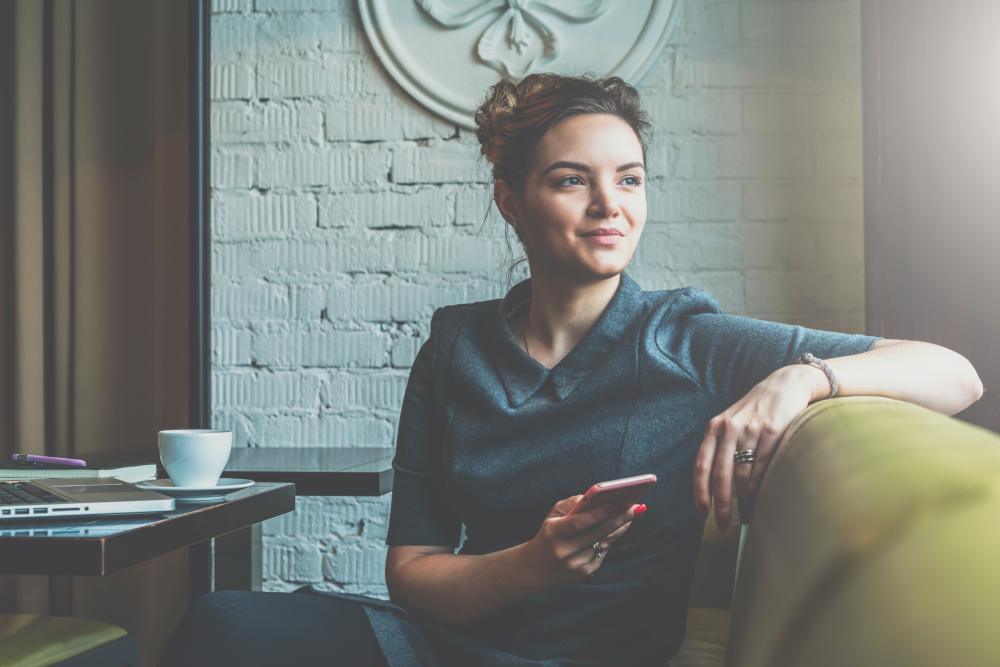 What TEFL Requirements Do You Need to Teach at Wall Street English?

To teach English with Wall Street English you will... 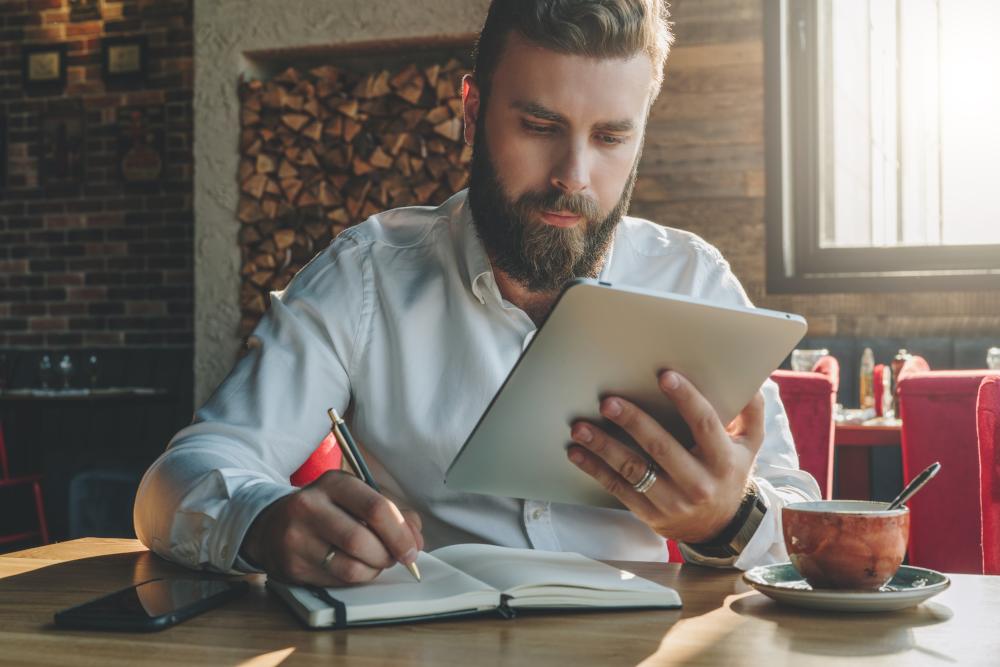 Having the right skills to be able to speak... 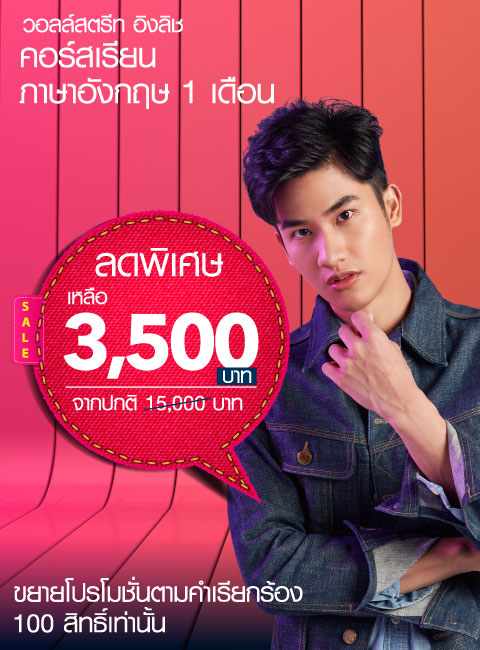